Our instructors are all black belts who are highly trained, exceptionally skilled, and totally committed to your development and safety.

They possess the patience and sensitivity to motivate the youngest students as well as the ability to inspire adults to do their best. They make learning safe, fun, and exciting. 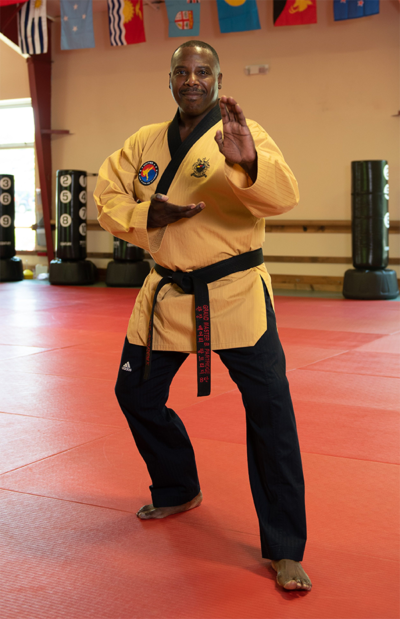 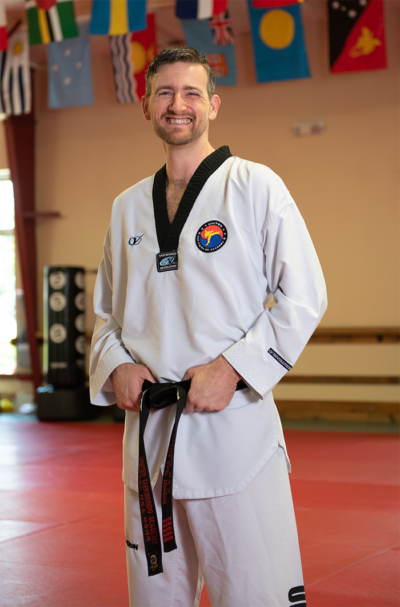 Master Tippens is a 5th degree black belt. He was born in Florida and moved to North Carolina in 1989.

He has over 18 years of martial arts experience and has been learning from and instructing with Grand Master Partridge and United Taekwondo Academy since 2010. Master Tippens is a devoted husband and proud father.

Master Tippens is also an active competitor and has won national in and international medals in Poomsae, Sparring, and Breaking. To date he has achieved,

His goals are to continue improving and challenging himself through competition. He also wishes to earn a spot on the National Poomsae team and represent the USA internationally. 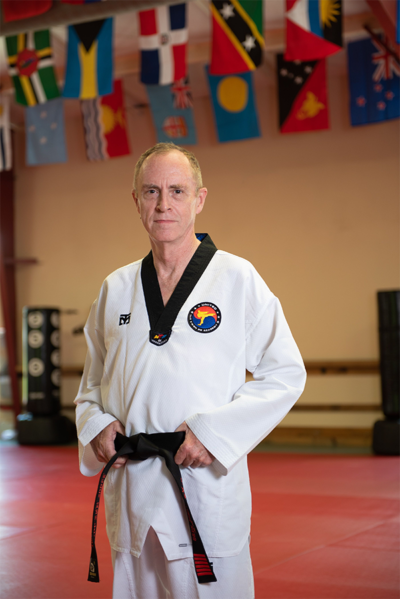 Master Webb is a 6th degree black belt. He was born in Tennessee.

He is a graduate of Michigan State University with a B.Sc. in Medical Technologies. He has also done Post Graduate work at the University of Maryland.

Additionally, he is also a licensed Wildlife Rehabilitator in North Carolina and has rescued animals from hummingbirds to tigers.

Master Webb has been practicing Taekwondo for 28 years.

He was the 1998 US National Champion in Ultra’s Light Division Sparring.

Master Hamidi is a 5th degree black belt. He was born Lahijan, Iran.

Master Hamidi has been active in the martial arts for over 25 years. He was a member of the Iran Collegiate National Team in 2009 and 2010 . 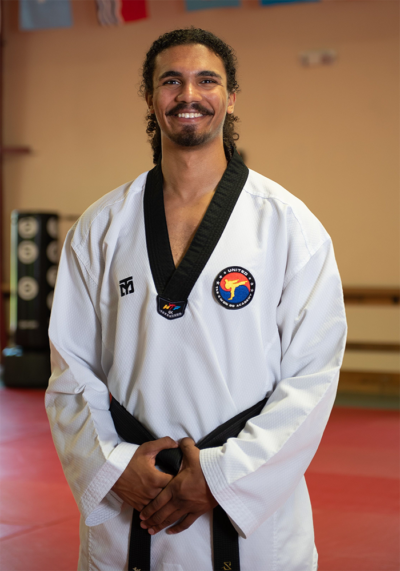 Master Putnam is a 4th degree black belt. He was born and raised in Fuquay Varina, NC.

He Graduated from the University of North Carolina at Greensboro in 2018, with a B.Sc. in Chemistry. He was also a band member in the Agricultural & Technical State University Blue and Gold Marching Machine, specializing in trombone from 2013 -2015. Where the team was a 2-time first place winner of the Honda Battle of the Bands.

Master Putnam started his taekwondo career at the age of 4 in 1999 and has never stopped training since. At the age of 5, Master Putnam began his sparring campaign and has since gone on to become a 4-time Nation Sparring Team member representing the United States in several countries.

Along with teaching the traditional art of Taekwondo, he will continue to compete in the sport of T aekwondo with aspirations of becoming an Olympic champion. 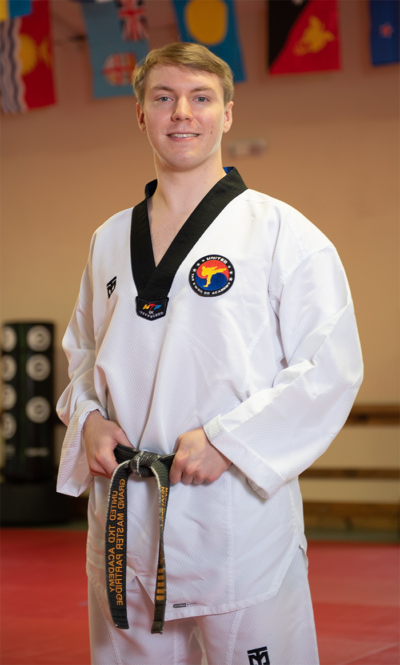 Master Dickinson is a 5th degree black belt. He was born in Houston, Texas, but has spent most of his life in Winston-Salem, North Carolina.

He started taekwondo in 2002 and has over 18 years of taekwondo experience.

Master Dickinson is currently a student at the University of North Carolina, Greensboro where he is aiming for a degree in Finance. He is aspiring to earn his MBA there as well. 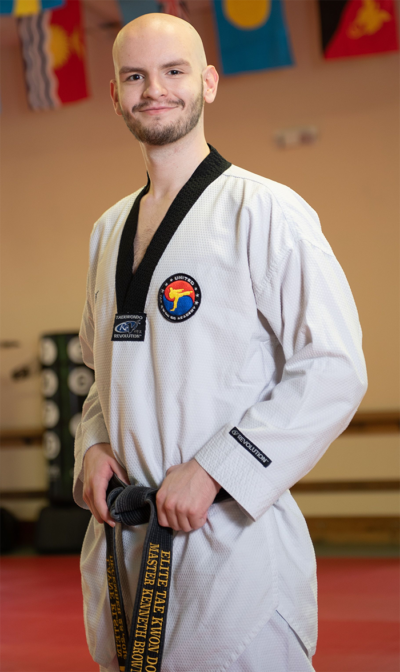 Mr. Layne Elstein was born in and raised in Durham, NC.

In 2018, he graduated from the University of North Carolina at Chapel Hill with a double· major in Communications and Psychology.

He has a passion for film making and stunt acting.

Layne Elstein has over 11 years of Taekwondo training. From 2016 to 2018 he was a member of the University of North Carolina at Chapel Hill Carolina Taekwondo Sports Club Demonstration Team, and a Club Instructor.

Marci is a 2nd degree Black Belt. She was born in China and has traveled worldwide.

Her career began as a registered nurse, then a World Bank consulting firm officer. She worked 5 years as a Grand Prix event manager. She studied 3 years in Foreign Trade and received a MS Degree in Service Management from University of Buckingham in the UK.

Her daughter Sophie Clark is also a 2nd degree Black Belt and a STORM Team Leader at UTA.

Please reach out with any questions you might have. We are happy to help and look forward to hearing from you!